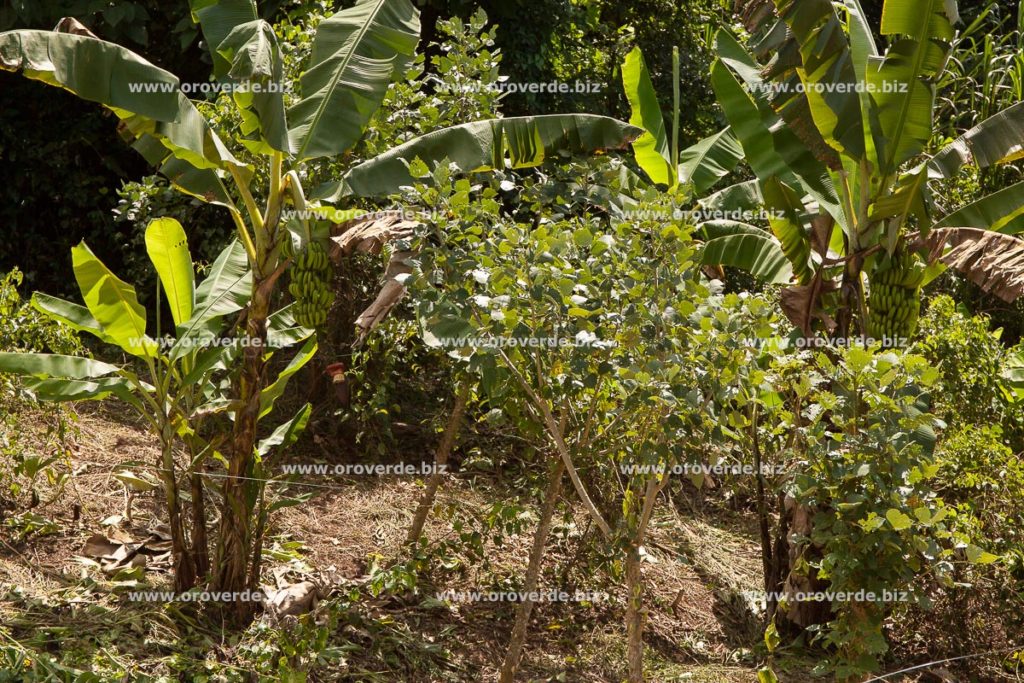 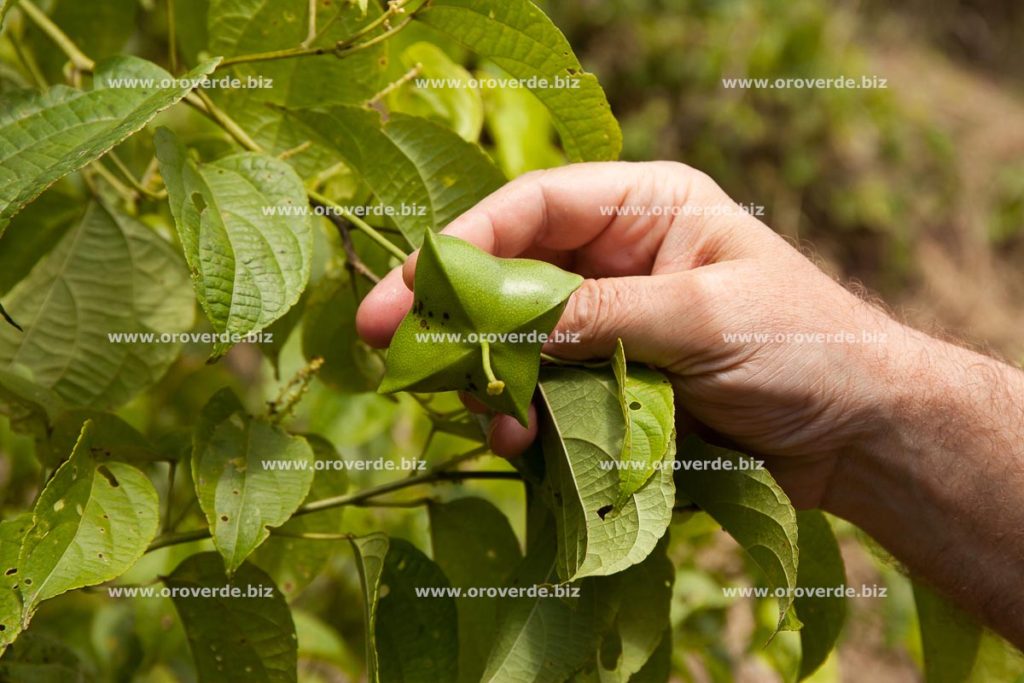 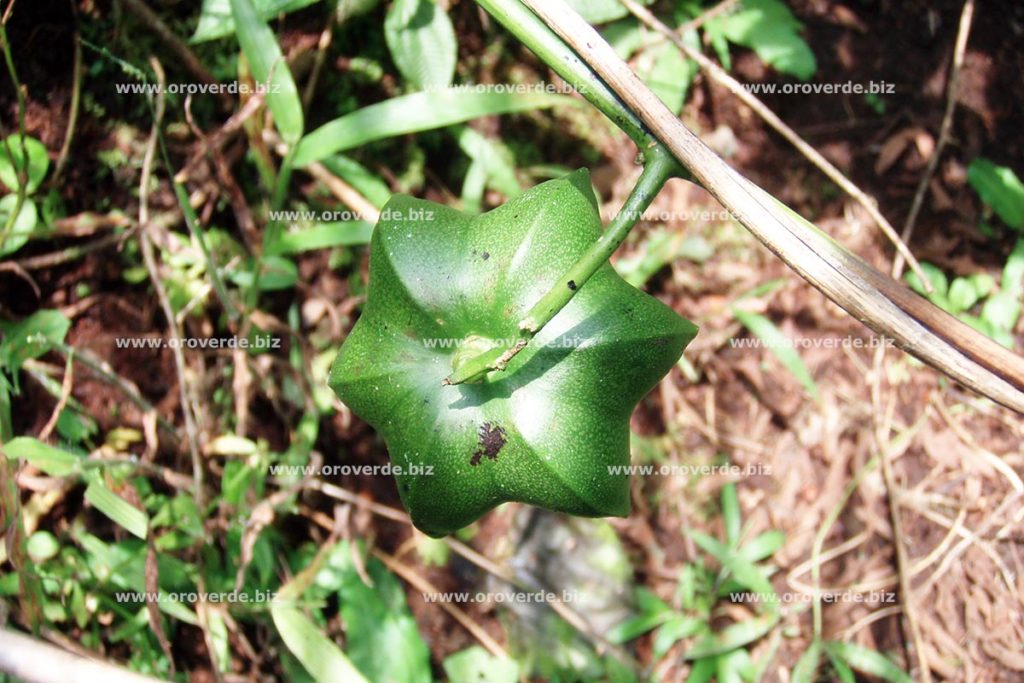 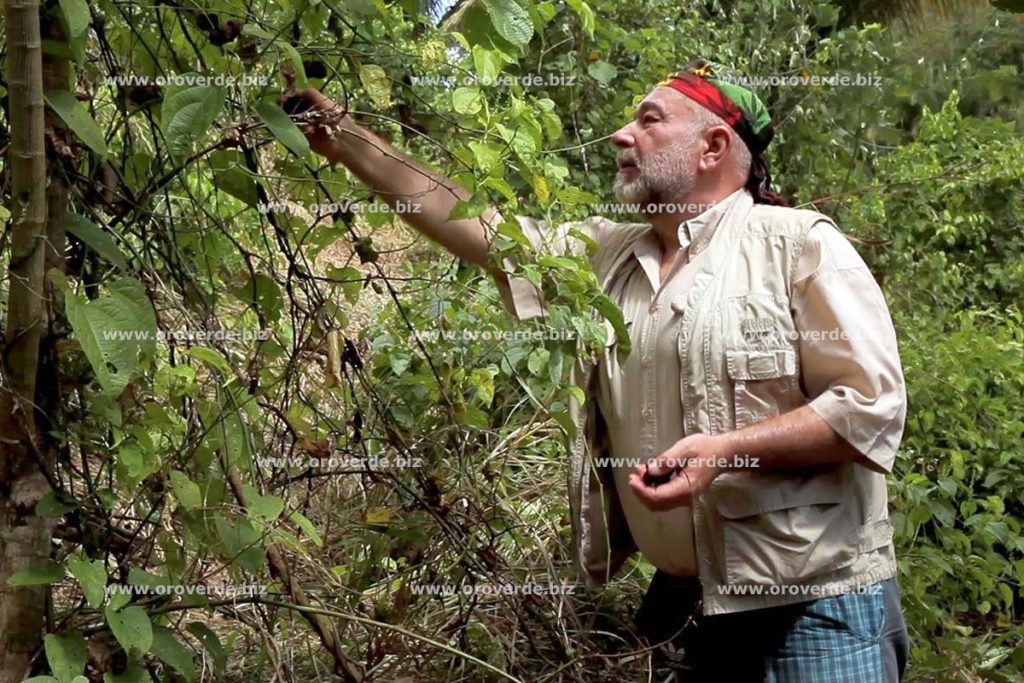 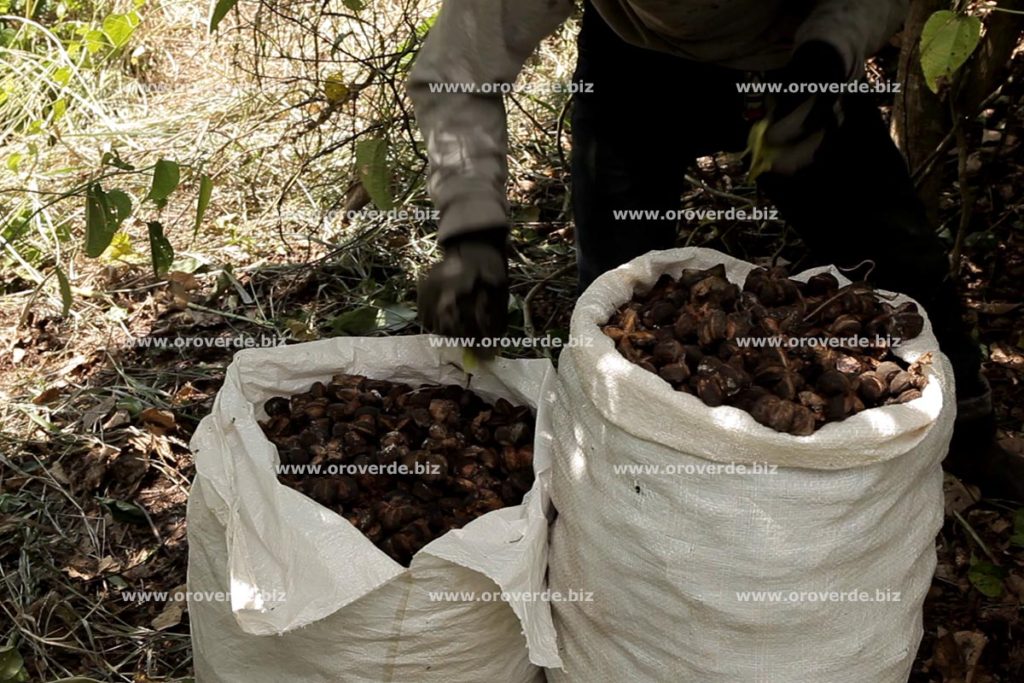 Semi-woody, whipy, voluble plant. Branches are glabrous, with 3-8 cm long stems with egg-shaped leaves of 7 – 13 cm length growing on them, 5 – 12 cm width with the clear structure, smooth on the upper parts.

The florets are bisexual. The fruit is divided into 4, 5 or 6 profoundly split parts with the seeds. Grows wildly or is cultivated from Central America to Bolivia. In Peru it grows in low as well as in higher Amazonian, although archaeological findings show that in the pre-Incans age it was cultivated also in the pacific coast.

The seeds are commonly used as food both cooked and fried. In the San Marín area, they prepare meals called inchicapi, lechona api or pururuca from its seeds. From time immemorial, the oil from the seeds has been used. However, recently the interest about it has increased enormously after publication of studies that are dealing with its content matters. From the studies was made result that the oil contains up to 89 % of unsaturated fatty acids (type 3, 6, 9) and a high portion of amino acids proteins.

The greatest part of fats is formed by fatty acids, the most important of them are so called essential fatty acids that the body is not able to produce itself. These substances participate on number of key bodily processes. According to chemical characteristics, we distinguish these groups: omega-3 (acid alpha-linolenic, ALA) and omega-6 (acid gamma-linolenic or linolin, GLA) and omega-9 (oleic acid).

The most important for the human health is the group omega-3. These acids play a significant role in the hearth and blood vessel diseases prevention. They have the ability to prevent blood clots (thrombus) creation that may be a cause of myocardial infarct or cerebral apoplexy, alongside it they have anti-inflammatory effect in organism and their sufficient ingestion helps the therapy of autoimmunity diseases such as Crohn’s disease, disseminated sclerosis, rheumatoid arthritis and bad headache states. Sometimes we can see its most common representatives under names EPA (Eicosapentaenoic acid) and DHA (Docosahexaenoic acid).

Groups omega-6 and omega-9 in a certain way strengthen the effect of omega-3 UFA, omega-9 fatty acid dramatically lowers the levels of cholesterol and triglycerides.

Brack Egg states their presence in his work from 2003 that is based on numerous studies of the oil made from Plukenetia volubilis seeds.

Beside of this, number of studies proved the presence of other healthy elements such as amino acids, sterols, tokoferols and so on. According to these data, the oil made from Plukenetia volubilis L. seeds is incomparable with any other vegetable oil and unambiguously belongs to the top place between the healthy oils. Also in comparison with the cod-liver oil the Sacha Incnci comes-out as a winner, because even its long-lasting usage does not cause stomach hyperacidity.Comparisons with the synthetic dietary supplements like Omega-3, Omega-6 and similar capsules are improper because we are talking about 100 % natural, virgin, cold-drawn oil without any chemical additives. It is not for nothing that the Sacha Inchi oil was awarded with the golden medal in the World edible oil exhibition in 2005. Whilst in the USA, Japan, South Korea, China and other countries it is currently sold as a food, self-appointed, all regulating bureaucratic European Union placed the oil into category called Novel Food, whose approval are getting still more expensive and it is going to last for a while and be unnecessary very costly.

Because of this we are able to offer you the oil only as cosmetics. So if the Eurocommissioners will not allow us (from paid taxes) to use the oil to our health benefit, for our satisfaction, we can at least spread it over our back e.g.