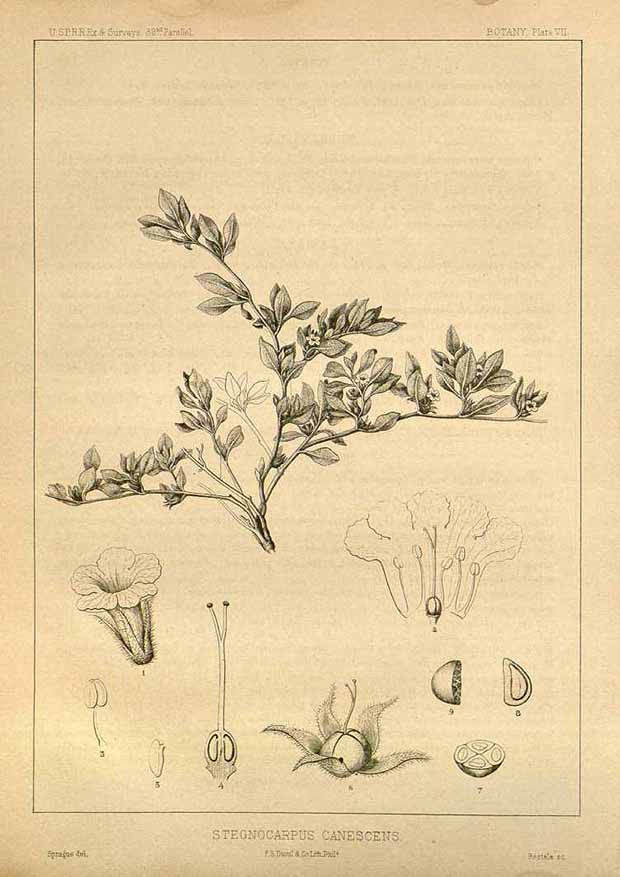 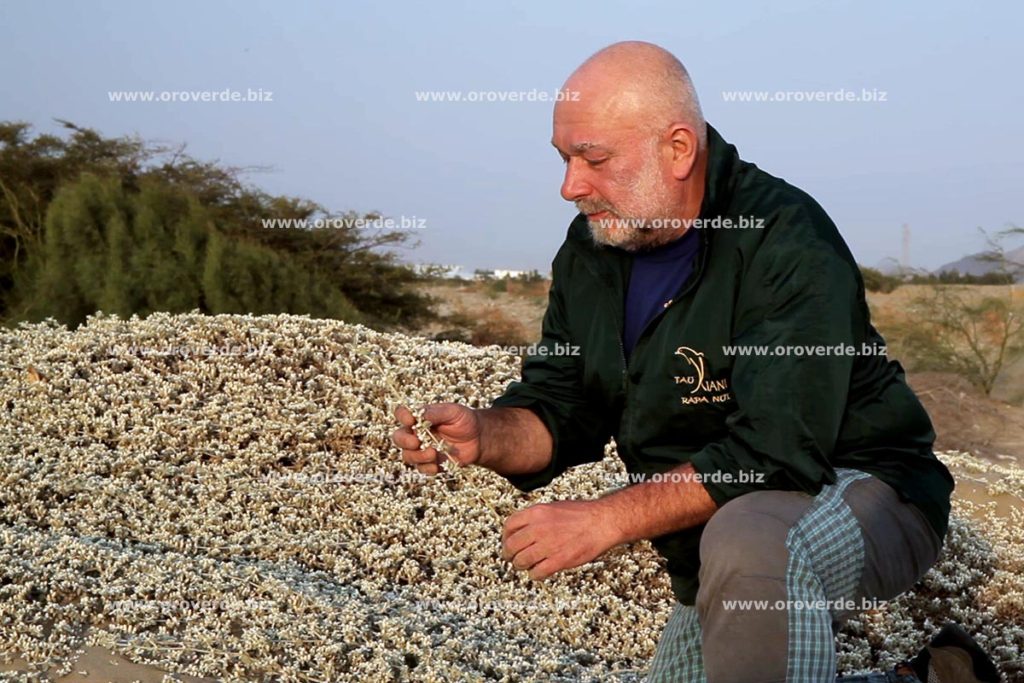 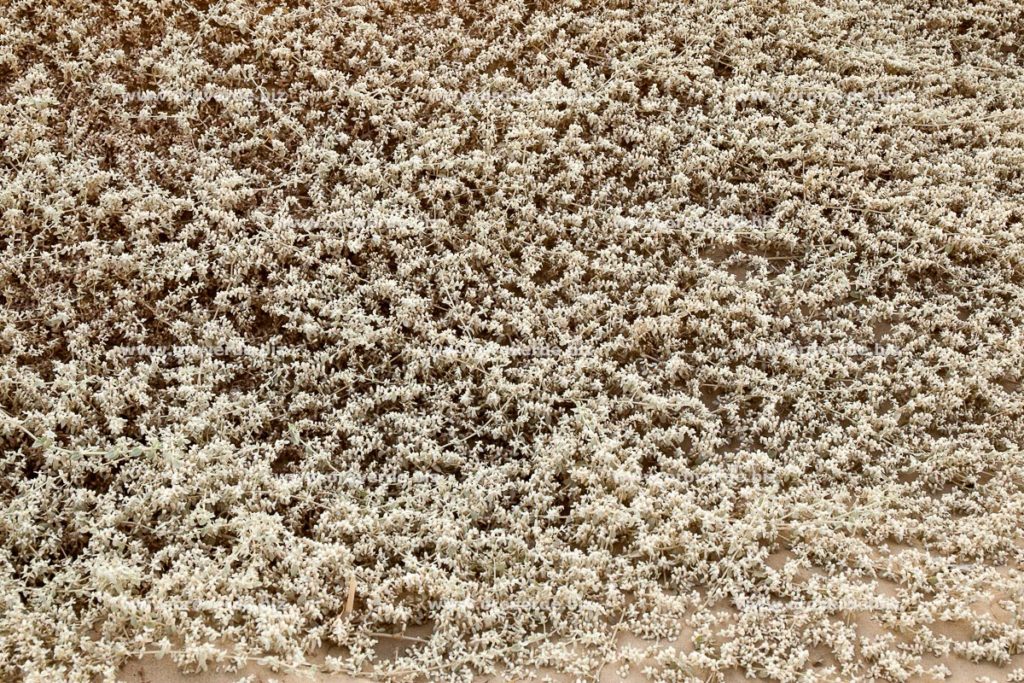 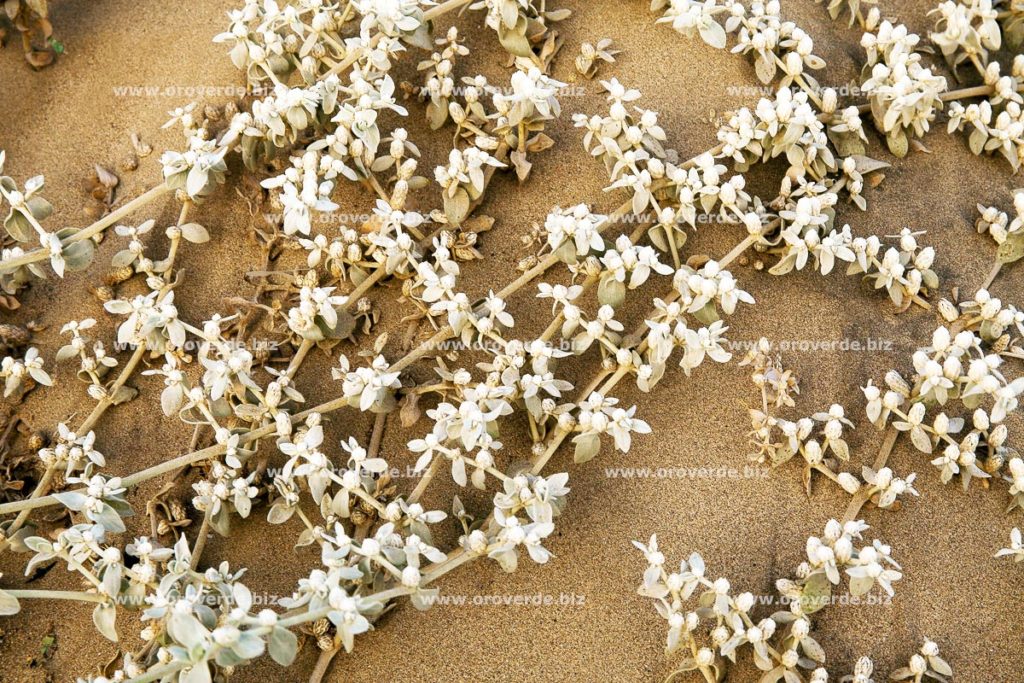 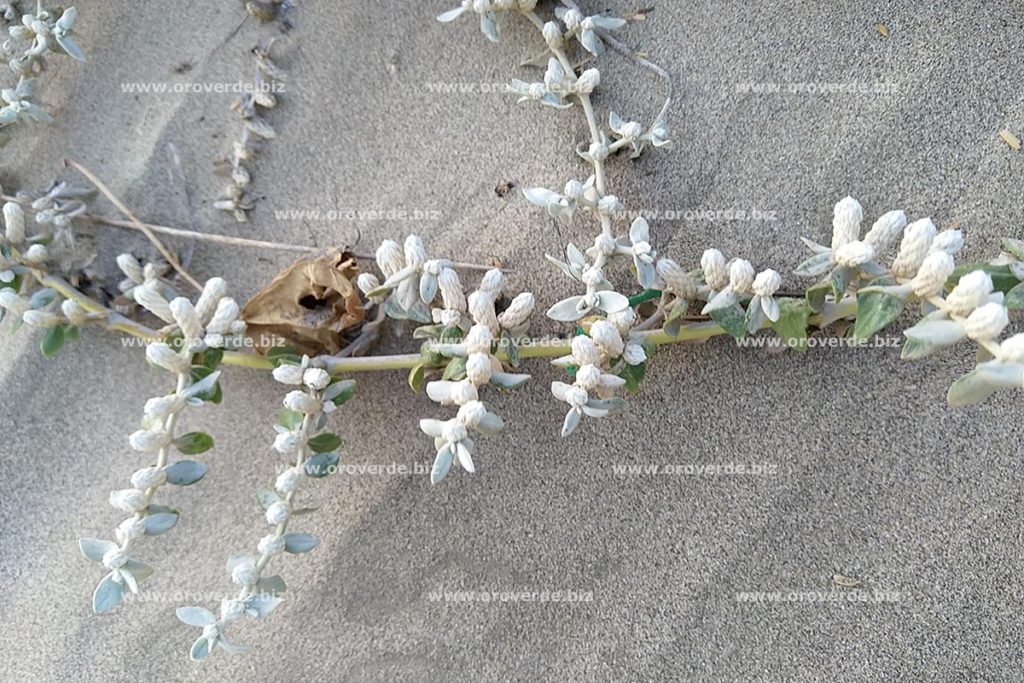 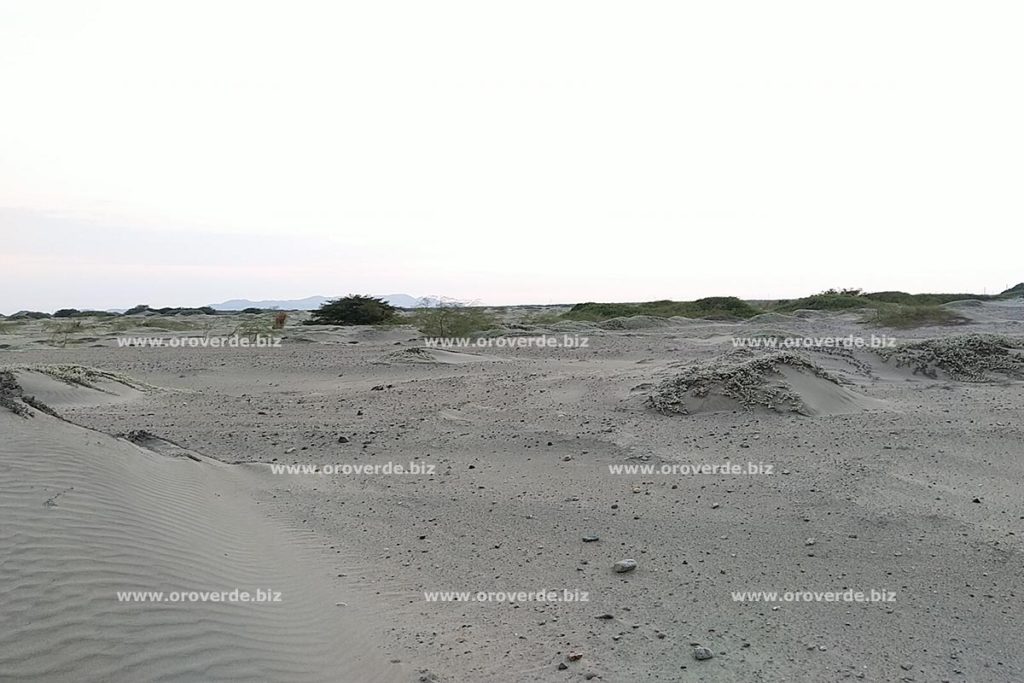 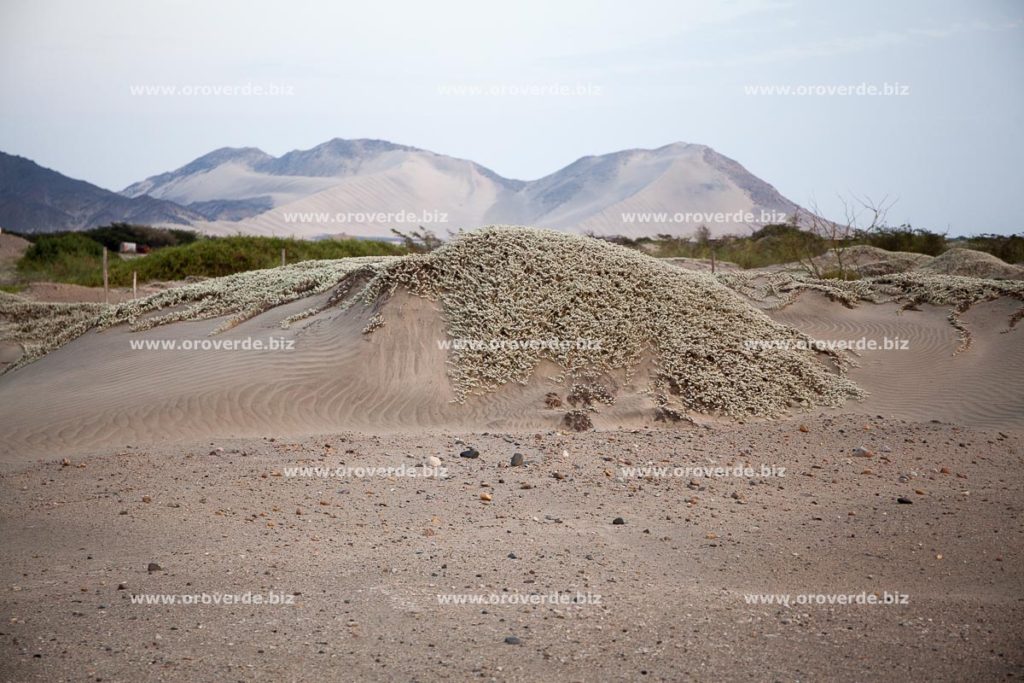 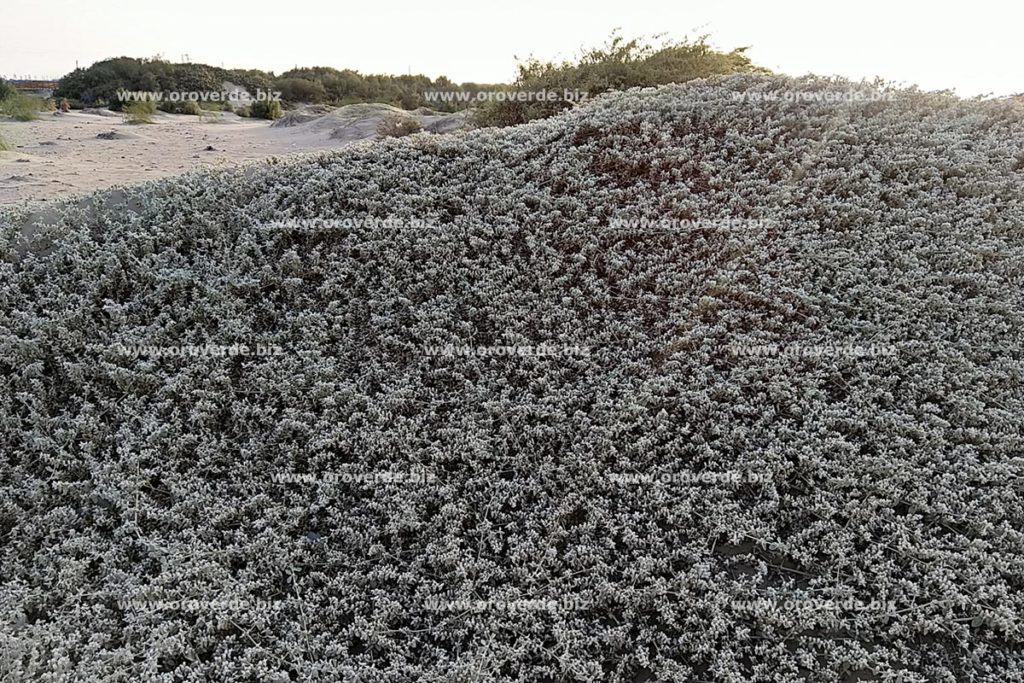 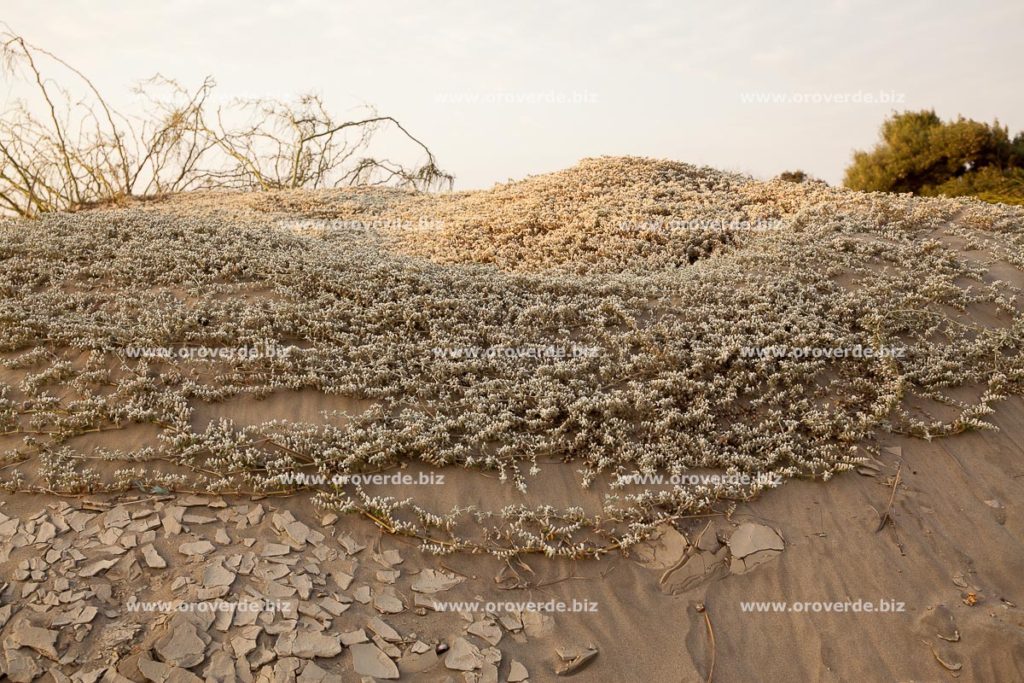 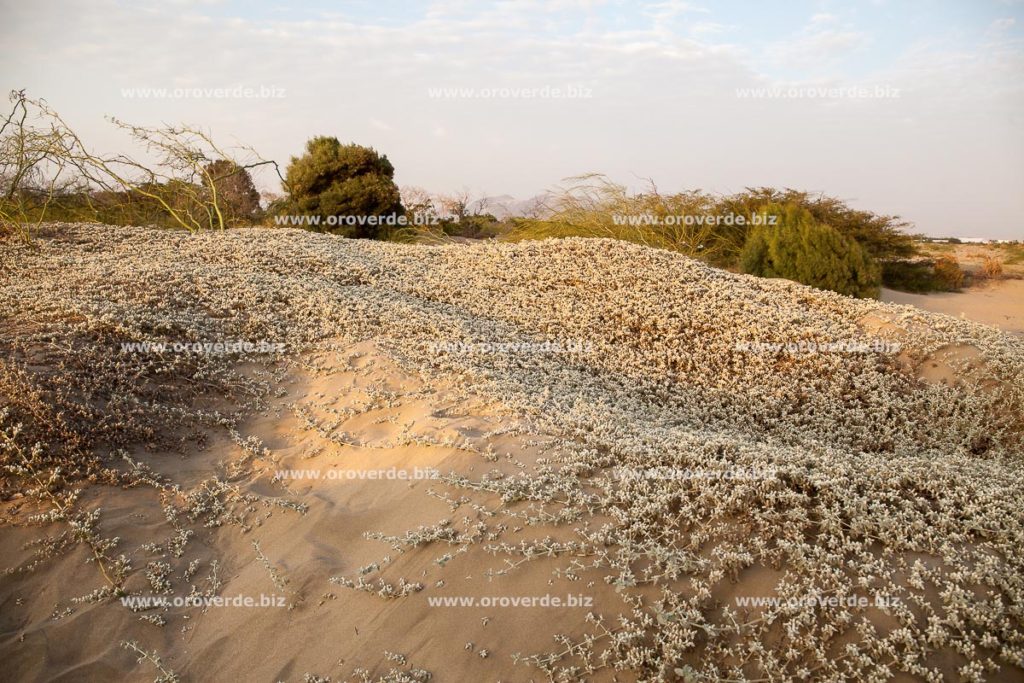 The Andean plant, flor de arena is one of the most frequently recommended in the herbal therapies. The material used in the phytotherapy is the not crumbled inflorescence of the plant whose name in Latin is Tiquilia paronychioides (Phil.) A.T. Richardson. Its leaves are ovate in shape, flowers are gathered in racemes. Small shoots and leaves are covered with fine hairs. The raw material is grey, without a scent. The plant is harvested in the wild. There has been very little information on the contained by them active substances, and its application has been based mainly on the traditional use and the experiences of the inhabitants of Peru as well as recommendations of the expert phytotherapists from the Andean region.

Due to the growing recently in Europe interest over the plant, the studies aiming at determining of its precise chemical composition and establishing of the therapeutic conclusions have been undertaken. It appears that the observations of the generations of the Peruvian phytotherapists have proved to be exact. The medicinal formulas that have been applied by the Andean traditional medicine coincide with the conclusions drawn from the present phytochemical studies. Detailed analysis of the flor de arena raw material has been conducted lately in the Research Institute of Medicinal Plants in Poznań, Poland.

The carried out phytochemical and toxicological studies of the flor de arena (Tiquilia paronychioides (Phil.) A.T. Richardson – inflorescence) are the first studies of this type ever done in Poland with regard to this plant. The available currently literature has not included the data on chemical composition and the toxicity of the plant. Thus the carried out studies are the pioneer work and have the character of the basic research.

The phytochemical studies were carried out on the following extracts prepared earlier from the raw material: hexane, methanol, ethanol, octane, and aqueous. Since the recommended application of the herb is usually in the form of the aqueous-alcohol extract or the water infusion, the aqueous extract was studied particularly meticulously.

The chromatographic studies conducted with TLC (thin-layer chromatography) method revealed in the aqueous and alcohol extracts the presence of flavonoid compounds (quercetin, rutoside and hyperoside) and polyphenolic acids (rosmarinic acid and caffeic acid). Presence of the rosmarinic acid was confirmed by quality and quantity studies with application of HPLC (high-performance liquid chromatography).Besides the TLC method studies were conducted to identify the presence of steroid compounds. The studied alcohol and aqueous extracts revealed the presence of ß-sitosterol, campesterol and stigmasterol, and their quality and quantity presence was proved by the gas chromatography and mass spectrometry methods (GC/MS). The profile and the content of the sterol compounds are presented in the table below.

Fatty acids profile contained in the flor de arena and their content in the fat fraction is presented in the table below. (Letter C and the numbers mean carbon atomic count and the unsaturated binds count present in the acid particle).

The studied raw material of Tiquilia paronychioides (Phil.) A.T. Richardson belongs to the Boraginaceae family. It is known that there are raw materials in this family that contain harmful for the health pyrrolizidine alkaloids. Therefore particular attention was paid to possibility of occurrence of these compounds in the flor de arena. The conducted pharmacopoeial test, however, ruled out their presence in the studied material. The additional study was carried out by means of the thin-layer chromatography method and by the Reoder and Mattocks’s quantitative methods. Neither of the methods gave positive results. The study of the extracts by the thin-layer chromatography method in comparison with extracts of the raw materials containing those compounds did not reveal their presence in the studied raw material. The described above methods did not reveal the pyrrolizidine alkaloids in the studied sample of the flor de arena.

Content of macro- and microelements was assessed in reference to their nutritional value. The research was conducted both on the raw material and the aqueous extract. The obtained results are presented in the table below.

The raw material is characterised – which appears from the above determination – by high content of calcium and iron. The analysis of the aqueous extract presents the transmission capability of these elements into the solution, which is used in the form of infusion.

The flor de arena raw material has been studied in reference to the possible harm to human health. The studied material fulfils the requirements that are demanded from the food supplements for adults. The determined content of contamination that remained from the plant protection does not exceed the permitted norms.

Short characteristics of the discussed raw material constituents and their influence on human health is presented below.

The rosmarinic acid has anti-inflammatory, antiviral and antioxidant properties.

The presence of the quercetin with similar properties enhances this activity – mainly the properties such as antioxidant, anti-inflammatory, hepatoprotective, as well as modestly hypoglycaemic, anti-aggregative and it also alleviates the radiotherapy effects.

The rutoside is a valuable plant constituent due to its antioxidant and blood vessel protective properties.

Extremely valuable unsaturated fatty acids, such as α-linolenic acid, partake in forming of the anti-inflammatory mediators in human body. The benefits of iron and calcium for the human health are obvious, and their presence in flor de arena is significant. All the compound groups contained in the raw material of flor de arena possess documented and well known, diversified biological activity. Due to their properties, they can have beneficial impact on the “body cleansing” process, or detoxification, in other words.

Based on the phytochemical and toxicologicalassessment of the flor de arena raw material conductedunder the guidance of Dr Alina Mcisz fromthe Research Institute of Medicinal Plants in Poznan, Poland.

For general purification of the organism, improvement of the functioning of liver, kidneys and metabolism the whole top part of the plant is used. Prepare the infusion with 5 grams for a litre of water and sip a cup 3 times a day.

See on the chapter Phytochemical study.