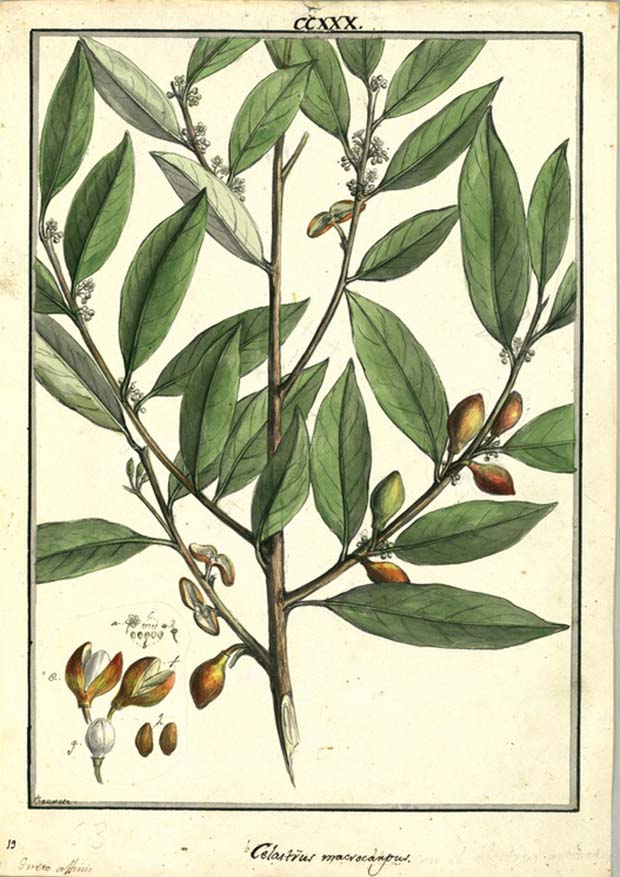 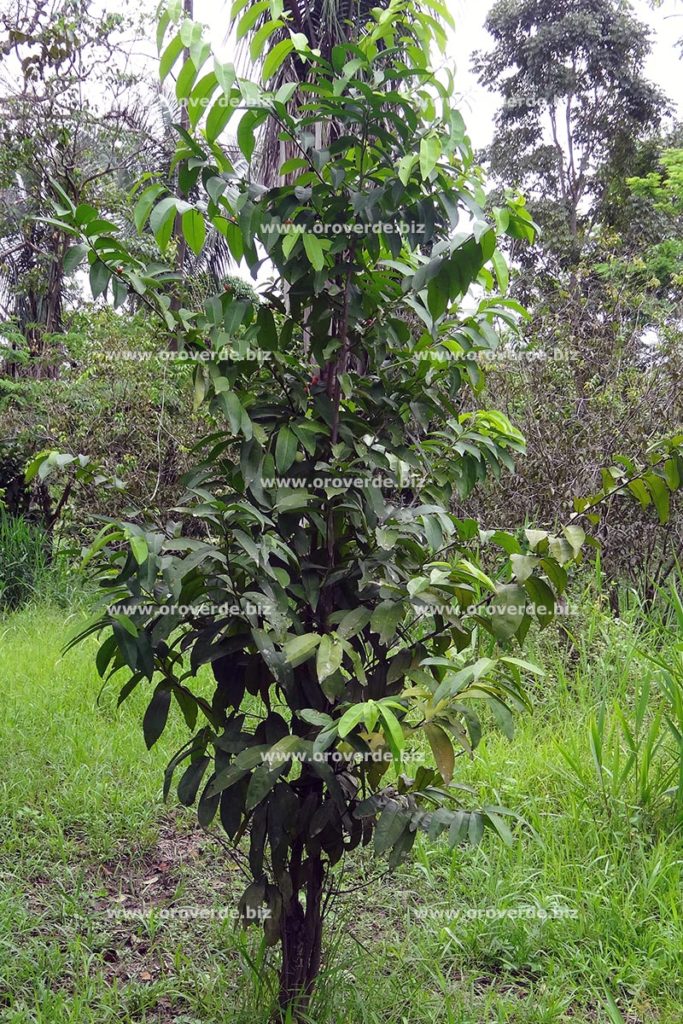 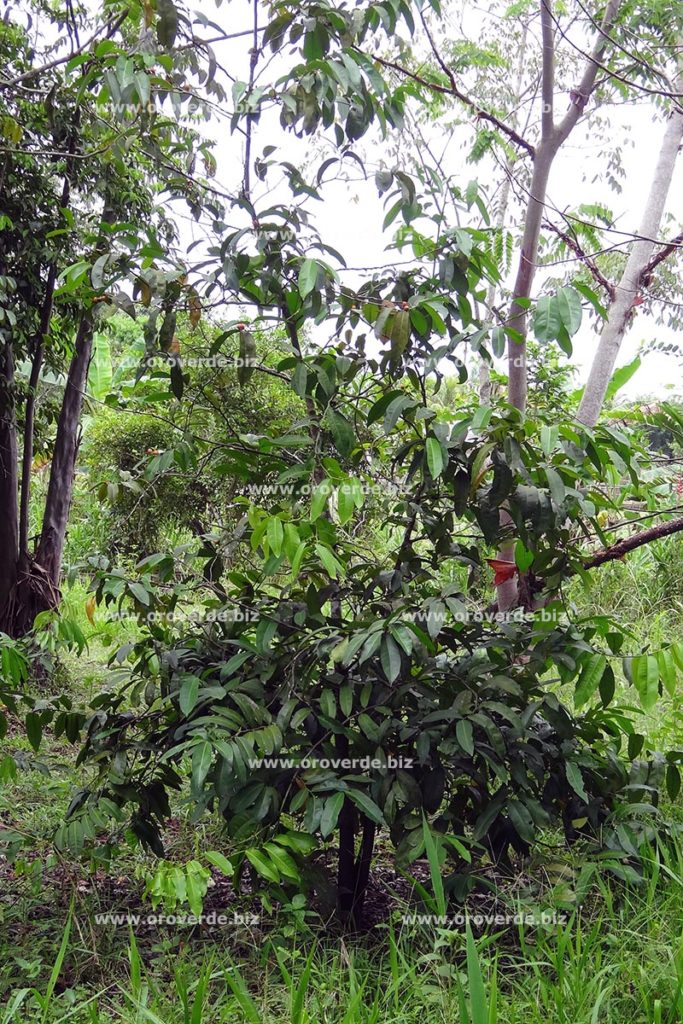 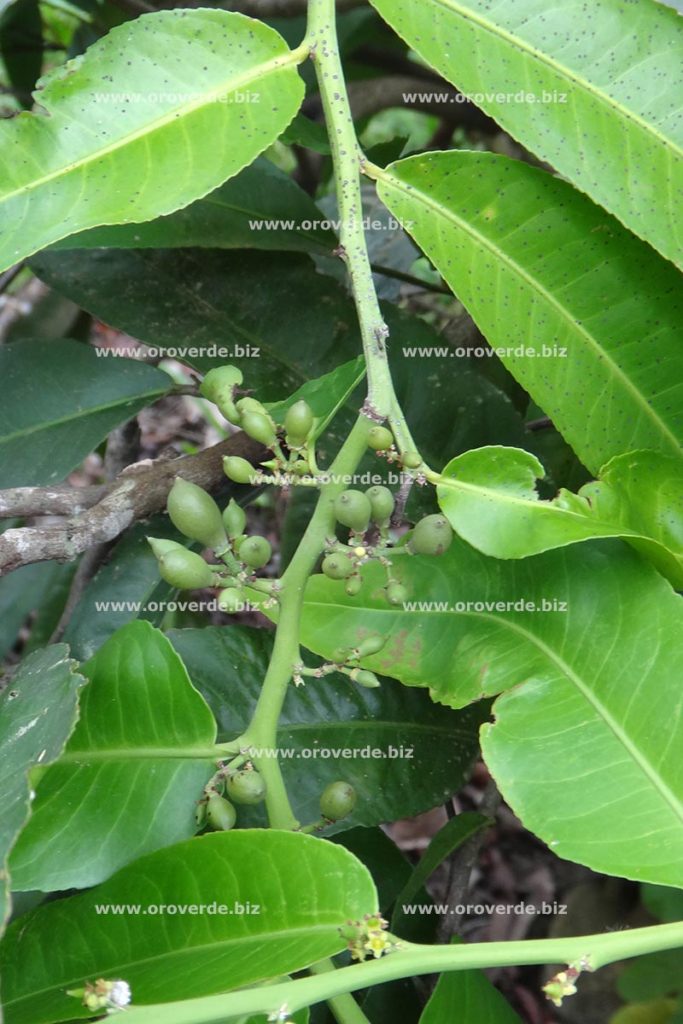 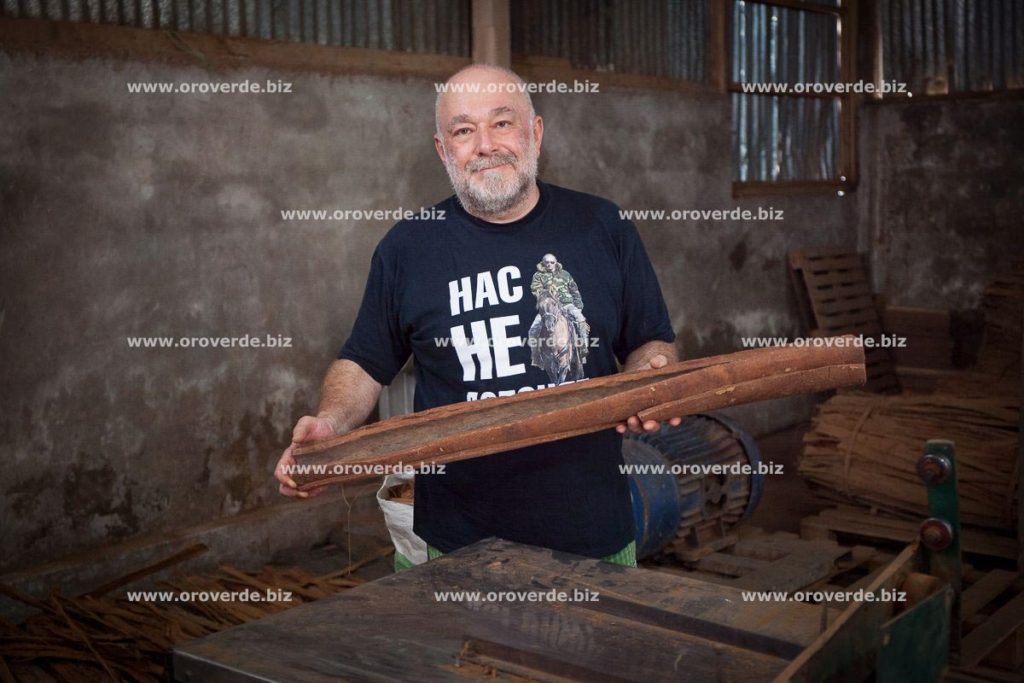 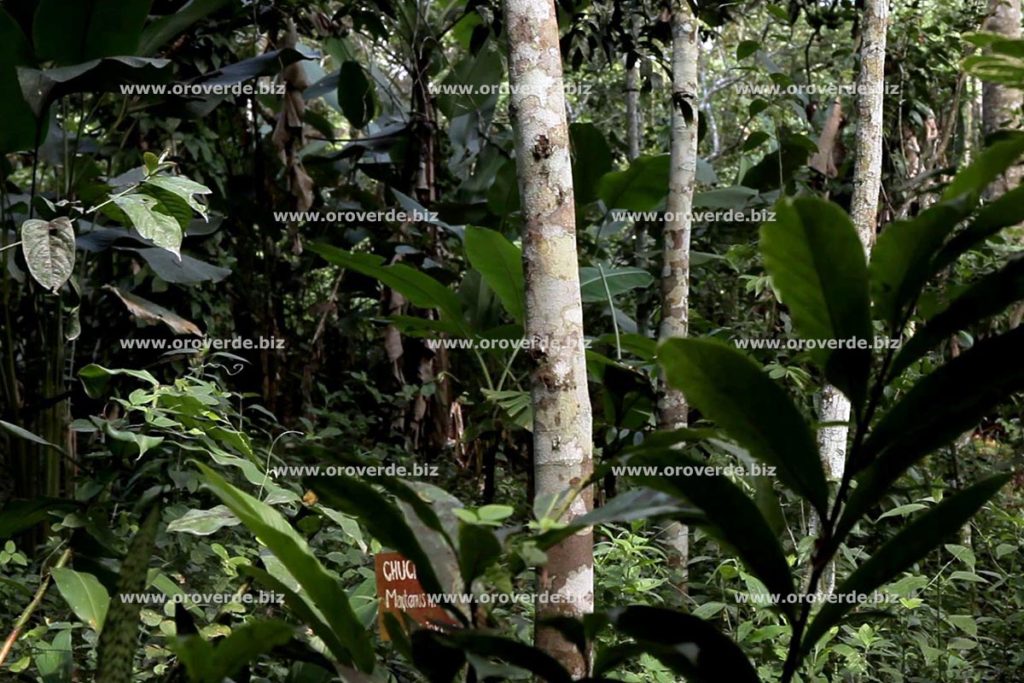 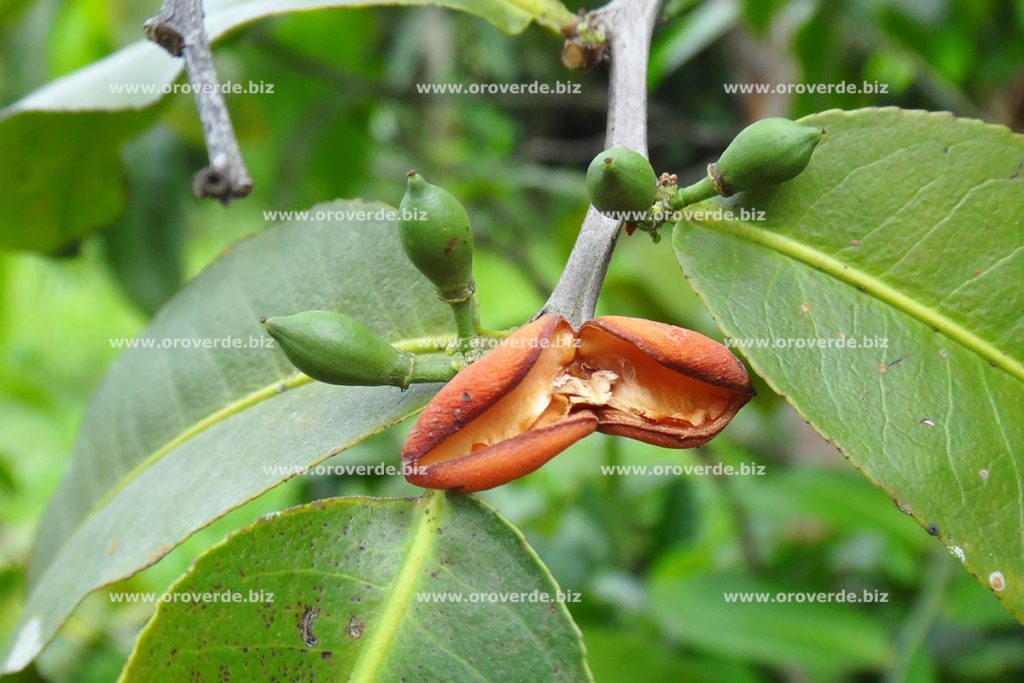 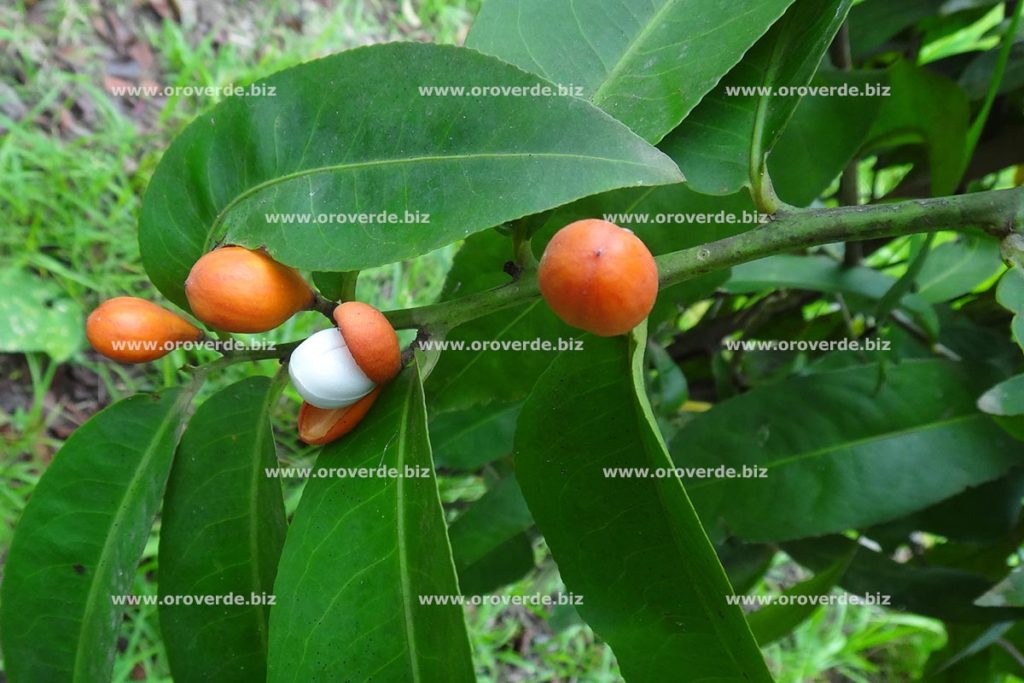 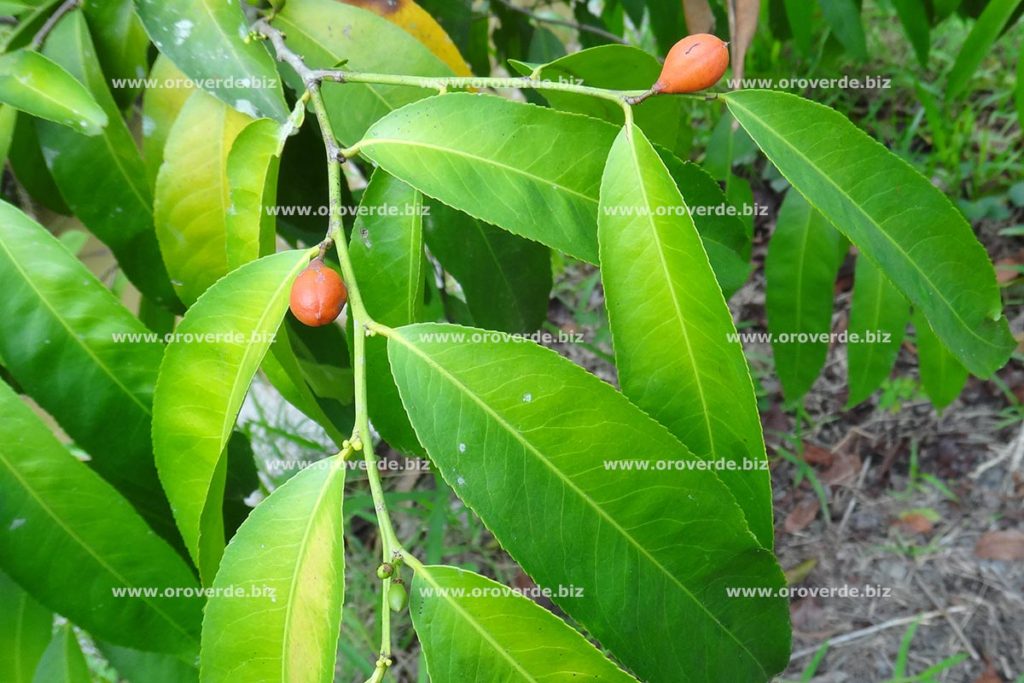 Chuchuhuasi is a high cucullated tree growing in the Amazonian rain forest. Its height reaches up to 30 m. This species got several botanic names which sometimes causes complications: it is known as Maytenus krukovii, M. ebenifolia, M. laevis and M. macrocarpa. The leaves reach sizes from 10 to 30 cm, the flowers are white and the tree bark is extremely hard, heavy, of sorrel colour.

The Indian inhabitants of the Amazonian virgin forest make use of the medical effects of the bark of this tree for hundreds of years. The original Indian name signifies shaking back, which evidences a long history of its use for treatment of arthritis, rheumatism and back ache. One of the local remedies for treatment of arthritis and rheumatism uses one teacup of its brew three times a day, for more than one week. Among other uses, Chuchuhuasi is used as a remedy for muscle relaxation, as a sexual stimulant, an analgetic and for adrenal relief, as an insect repellent and an immunostimulant, as a remedy for menstrual cycle balance. The natives of Amazonia believe that Chuchuhuasi is a tonic sexual stimulant and its bark immixed into local brandy (aguardiente) is a very popular forest drink, especially with the tourists. The Amazonian as well as the urban population in Peru still considers Chuchuhuasi as the best remedy for treatment of arthritis. An Indian tribe Siona in Columbia brews small pieces of bark (about 5 cm large) in two litres of water until its volume is reduced to one litre. This brew-up is used for treatment of arthritis and rheumatism. Peruvian native medicine still uses Chuchuhuasi for treatment of osteoarthrosis, rheumatic arthritis, bronchitis, diarrhoea, haemorrhoids and of menstrual disorders and pains. Local healers (curanderos) from Amazonia use Chuchuhuasi as a universal tonic, treatment accelerator and, in combination with other local plants, as a synergist (sinergista) for many kinds of diseases.

Long tradition of its use and its effectiveness were main stimuli of the clinical research. An American pharmaceutical company discovered potential immuno-stimulative properties of the leaf extracts in the sixties; this was documented by an increased phagocytosis of mice. In mid seventies the Italian researchers tested the extract of Chuchuhuasi as a remedy for skin cancer and documented its anti-cancerous and anti-oncogenous properties. In the eighties another Italian experi-mental team discovered its anti-inflammatory properties. They found that these properties, as well as protective radiation actions and anti-oncogenous properties, at least in some way relate to triterpenes and to antioxidants isolated from the trunk bark. In 1993 a Japanese experimental team isolated a group of quite new alkaloids from Chuchuhuasi, which can be liable for its effectiveness in cases of arthritis and rheumatism. An American pharmaceutical company when studying the anti-inflammatory and anti-arthritic properties of Chuchuhuasi documented, that these alkaloids can actively prevent production of protein enzymes – kinase C (PKC). The substances which obstruct or reduce PKC draw a big worldwide attention, because many PKC enzymes are responsible for a broad scale of pathological processes (including arthritis, asthma, encephaloms, cancer and cardiovascular diseases). In 1998 a Spanish research team detected new phytochemical components and one of them, quite innovatively for the science, was cited as having small effect against „aldosoreductasis”. In 2000 these researchers found four further chemicals in the roots of Chuchuhuasi (called macrocarpines) – three of them were documented as cytotoxic for oncogenous cellular lines. In 1999 three teams found several new sesquiterpens, two of which showed marginal anti oncogenous properties of four cellular lines and one of them was documented as effective for leishmaniasis (tropical parasitic disease).

If the components of Chuchuhuasi, which are responsible for reduction or protection against PKC, can be synthesized, it is very probable that a new remedy against arthritis will be worked up. In the meantime, however, the natural bark of this important Amazonian plant will be still used as an effective remedy in cases of arthritis and as a supportive adrenal remedy as it was used in this way for hundreds of years.

Are not mentioned. The contained substances can provoke allergic responses of the organism of particularly sensitive individuals.

For ailments listed above 1-2 teacups of standard brew-up of the bark (bast) prepared in proportion of 5 grams to one litre of water a day or 3-6 ml of standard tincture two to three times a day are recommended. For more information consult the website on standard preparation of herbs.