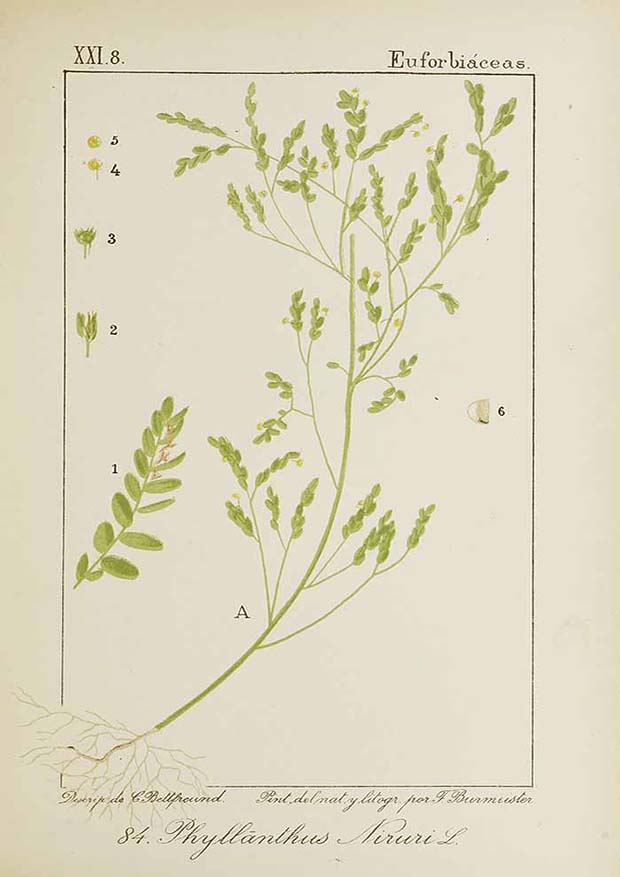 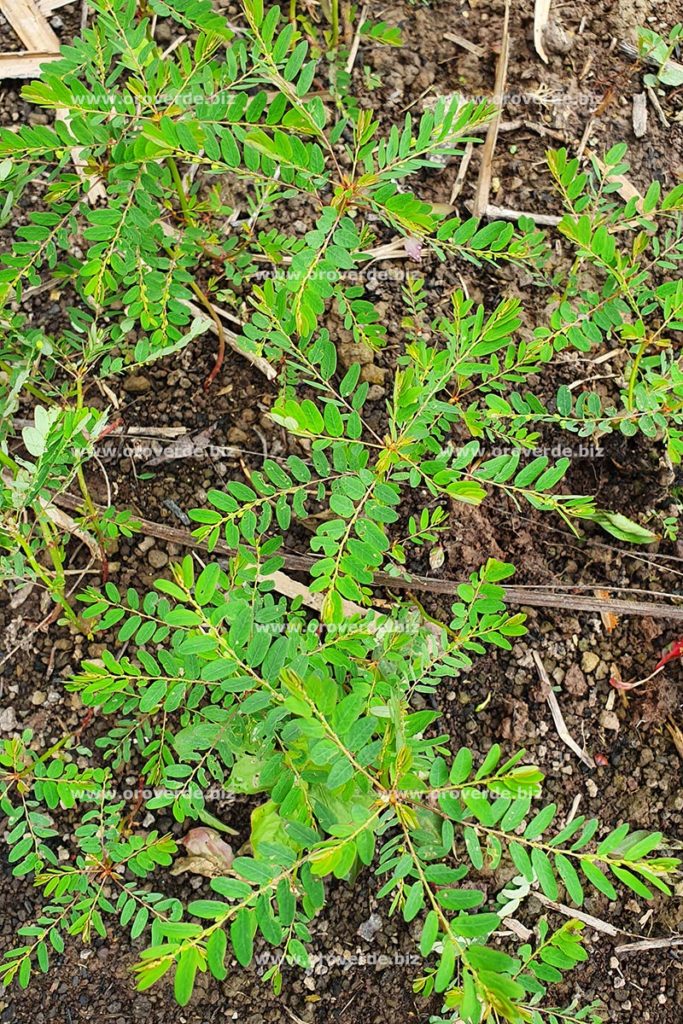 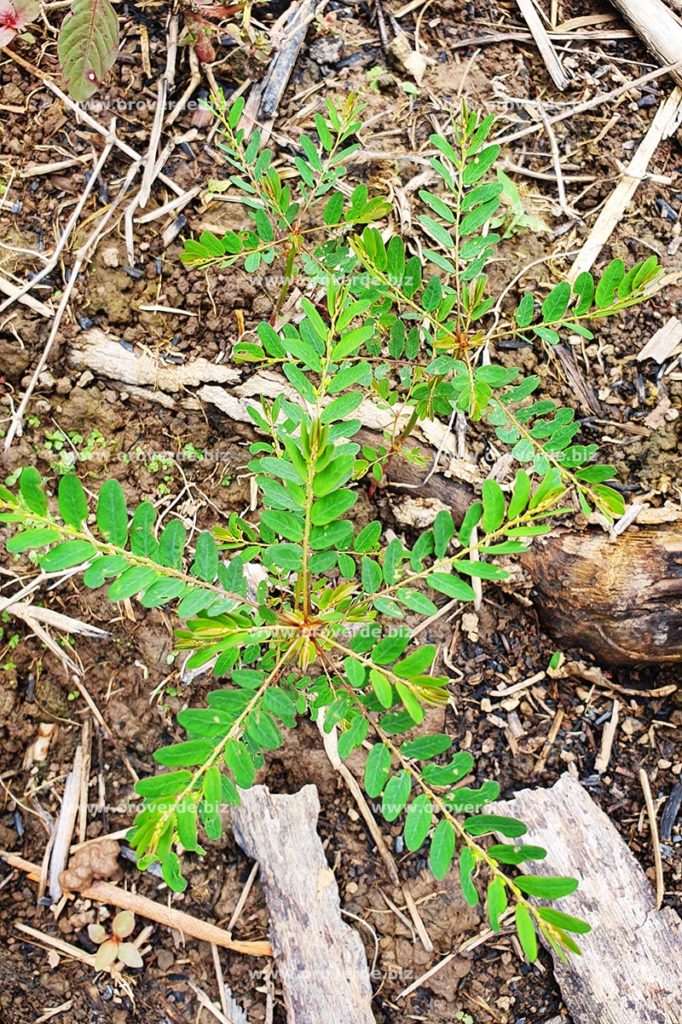 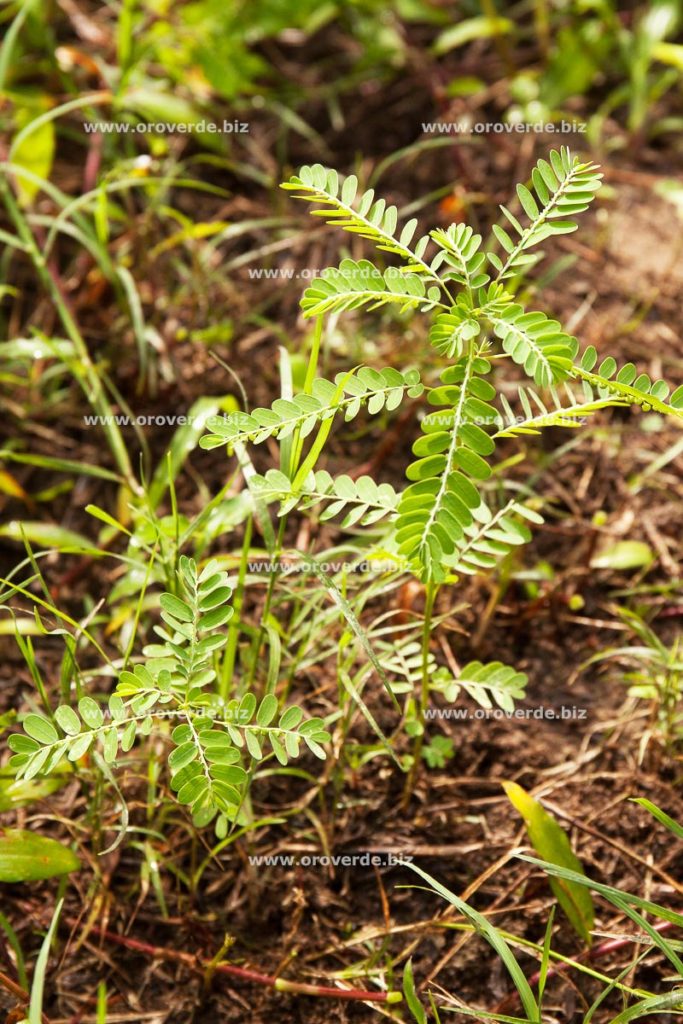 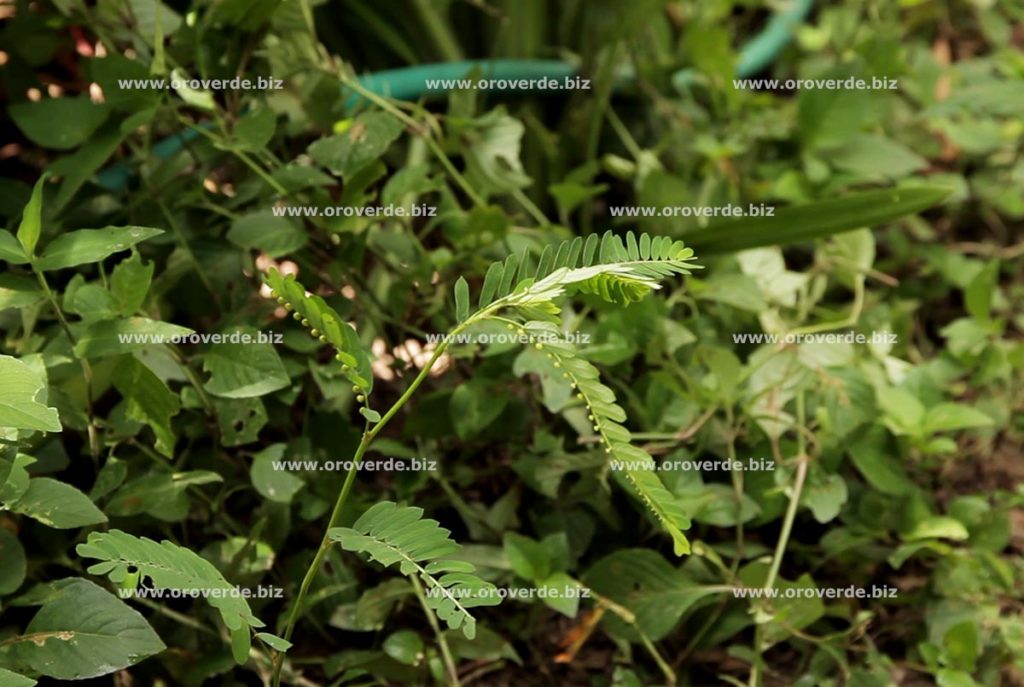 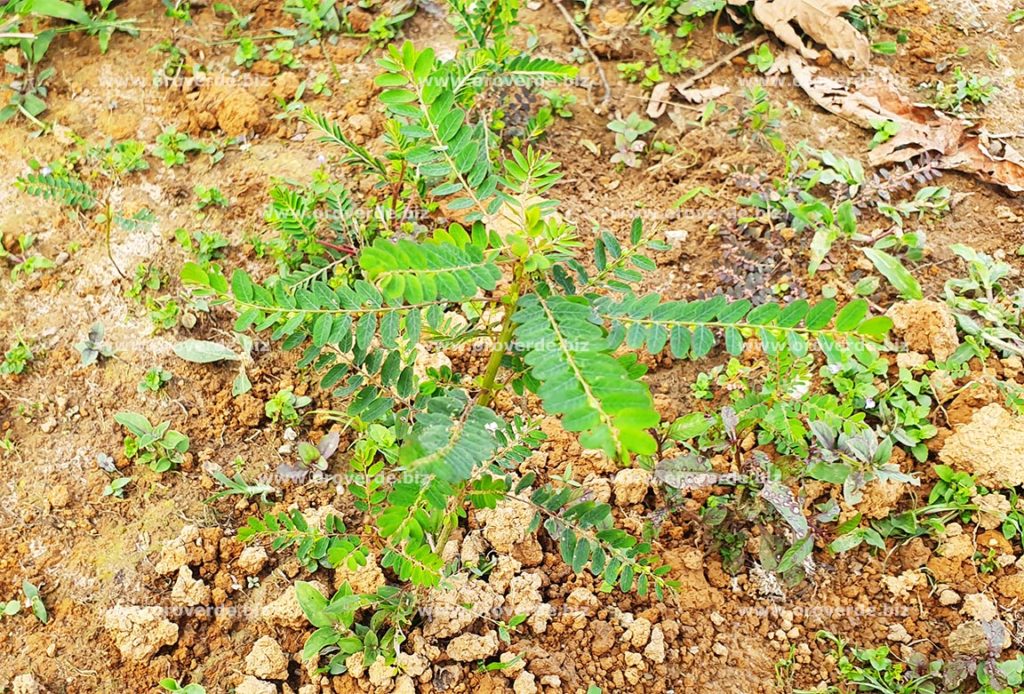 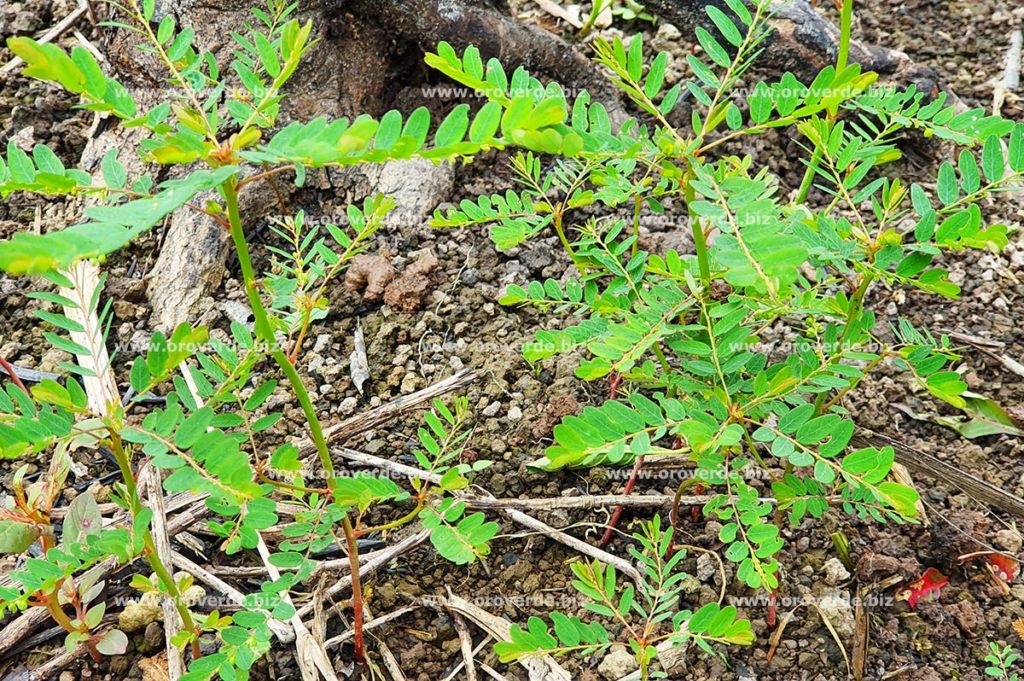 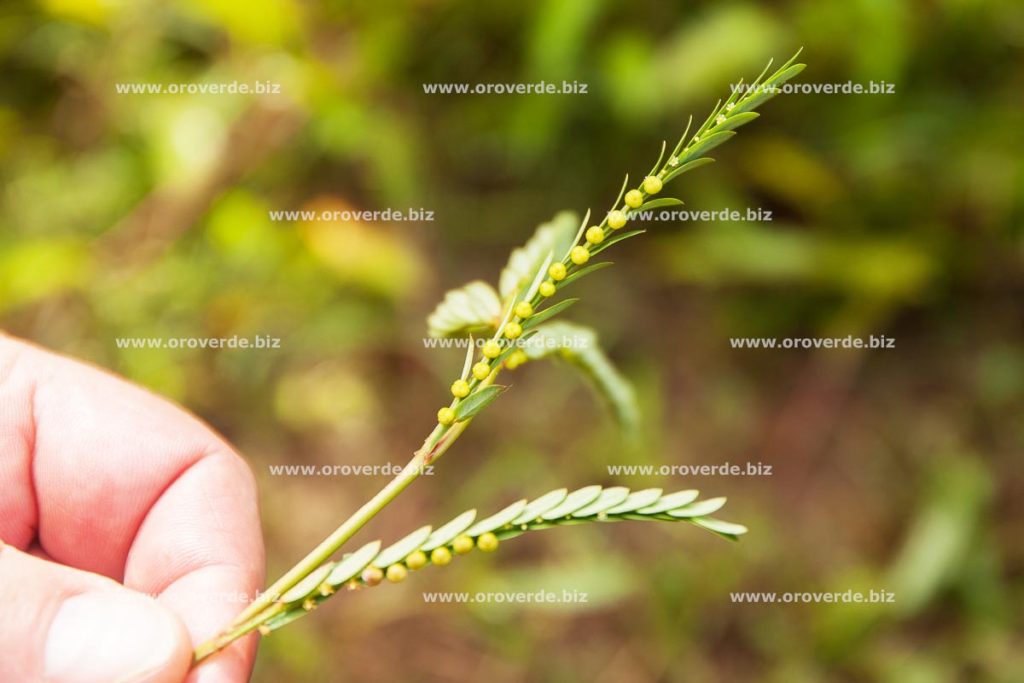 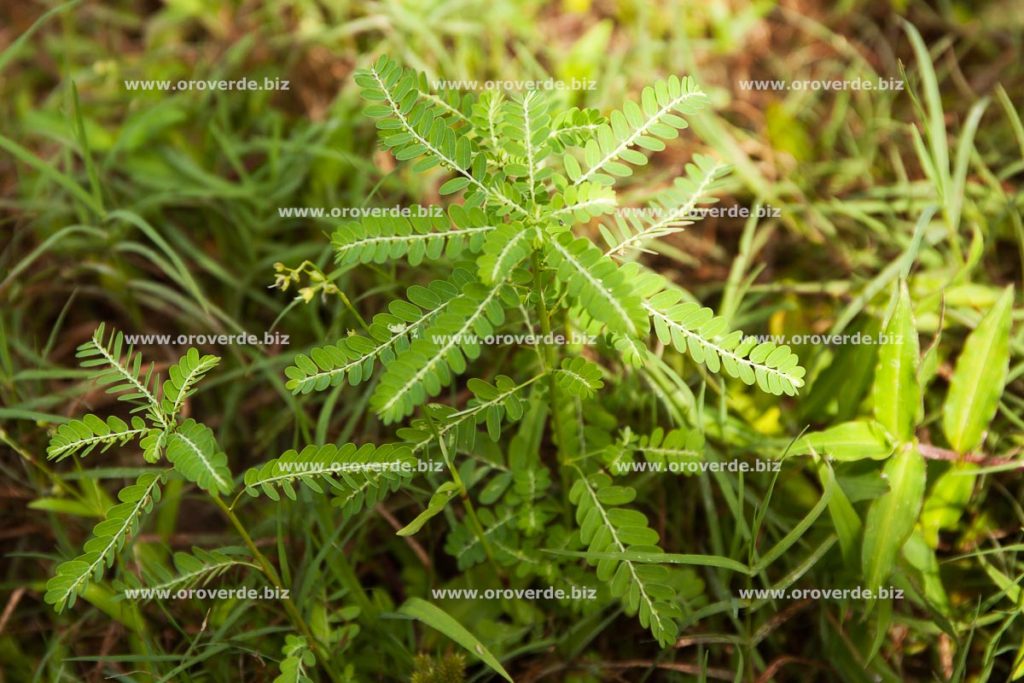 Chancapiedra is a small upright plant growing up to 30 – 40 cm, with little leaves and small white flowers, the leaves grow on long footstalks. It appears in the rain forest of Amazonia and in other tropical regions including Bahamas, southern India and China. Genus Phyllanthus comprises of more than 600 species of grasses, bushes and annual or biennial plants occurring in tropical and subtropical regions of both hemispheres. Species P. niruri predominates in Amazonia, where it freely spreads as a weed. Species Phyllanthus amarus and P. sellowianus are very close to species P. niruri namely for their phytochemical composition and the history of their ethnomedicinal use, but they occur in dry climates of India, Brazil and Florida, where P. amarus is a common weed. Its Spanish name Chanca piedra means „Crush stone” because it is for generations used by native Indian tribes as a very efficient remedy for elimination of bile and renal stones and for other problems with kidneys. The plant is also used for all sorts of difficulties, such as blennorhagia, colic, diabetes, diarrhoea, fever, influenza, jaundice, tumours, vaginitis and dyspepsia. It is a small miracle that this herb has such a versatile spectrum of use – antihepatotoxic, antispasmodic, antiviral, antibacterial, diuretic, antipyretic and hypoglycaemic activities were demonstrated. So the abilities of digestion relief  in general are attributed to it – digestive, appetizing, carminative and laxative, the ability to regulate menses, tonic and antihelminic, namely based on uses passed down for generations.

Chancapiedra is up to now amply used in native medicine of South America reaching a big popularity as a remedy for bile and renal stones. Peruvian phytotherapy is also using it for hepatitis, urinary tract infections and as a diuretic. Brazilian phytomedicine calls it  Quebra piedra and uses it as an excellent remedy for uric acid reduction and for stone elimination, for dehydration, for kidney and urinary tract infections, arthrodynia, cystitis, prostatic problems, renal difficulties, hepatitis, diabetes and as a spasmolytic and a smooth muscle relaxant, mainly of urogenital tract. In the Indian natural medicine it is called Pitirishi or Budhatri and it is mainly used for asthma, bronchitis, extreme dehydration, anaemia, jaundice and TBC.

From the beginning of the sixties Chancapiedra became subject of many researches with the aim to specify its active substances and to explain its pharmacological activities. Indian and Brazilian research teams belonged among the first thanks to the long-time tradition of its use by the inhabitants of these regions. Some published works mention small differences between genera P. niruri and P. amarus, other scientists however insist that these are only two different names of the same herb.

Traditional use of Chancapiedra for elimination of bile and renal stones was scientifically confirmed by the clinical research performed in the year 1999 by Campose et col. with an extract of Chancapiedra which potentially slowed (without relation between the effect and the concentration) the crystallization of the calcium oxalate (it blocked the stone  production). This ability was presented even in very high (pathological) concentrations (of Ca oxalate) which explains its traditional use for prevention of stone production. The spasmolythic activity of the alkaloids contained in Chancapiedra was demonstrated by  Brazilian scientists in mid eighties, which explained its use against renal and urinary stones already existing. The extract of alkaloids induced relaxation of the smooth sinew, especially of bile and urinary ducts, which led to easy expulsion of already existing gravel. Dr. Wolfram Wiemann from Nürnberg (Germany) presented more than 100 cases and found Chancapiedra successful at eliminating the gravel for 94% (Maxwell, N. 1990).

Antihepatotoxic (liver protecting) activity of Chancapiedra was attributed to two components called phyllanthin and hypophyllanthin described by Indian researchers in a study of 1985. Glycosides contained in Chancapiedra showed inhibitory activity of aldosareductase (AR) in studies performed by Japanese scientists in the years 1988 – 89. Analgetic activity was established by Brazilian scientists in a study of the years 1994 – 95. Diuretic, hypotensive and hypoglycaemic effect of Chancapiedra was documented in a clinical study in 1995, which showed a significant diuretic effect, significant reduction of systolic blood pressure at nondiabetic hypertensions and on females and further demonstrated significant reduction of glycaemia level (blood sugar level) of diabetic patients consuming Chancapiedra for the period of 10 days.

Chancapiedra drew the world’s attention at the end of the eighties for its activity against hepatitis B. Clinical studies with Chancapiedra practised on children with infectious hepatitis by a mixture of Indian herbs, where dominated Chancapiedra, showed promising results backed up by further „in vitro” and „in vivo” studies. In the Indian study of 1992 the hepatitis B deactivation by the help of Chancapiedra „in vitro” was established. Subsequent studies „in vivo” on mammals demonstrated the elimination of hepatitis B during 3 – 6 weeks. Other studies on the use of Chancapiedra agaist hepatitis B, however, were inconsistent which can be attributed to various botanic species used, places of harvests, the final levels of active substances and the standardization of the infusions used. Several subsequent studies from the end of the eighties and the beginning of the nineties did not prove the effect against hepatitis B, but other researches carried out in 1990 – 95 indicated that Chancapiedra does demonstrate the antiviral activity against hepatitis B.

Several recent researches revealed antiviral activities interfering with HIV virus. Japanese research group disclosed characteristics of the inhibition of reversal transcriptase of Chancapiedra with the plant’s water extract against HIV-1 in 1992. Bristol-Myers Squibb Pharmaceutical Research institute isolated at least one of the plant’s substances responsible for this activity – new component was named nirurisid and it was described in a study of 1996.

Certainly further researches will be needed for discovering a new remedy against AIDS or hepatitis from Chancapiedra, if any. In the meantime, however, Chancapiedra is, as to its wide span of efficient use, a crucial herbal remedy from the rain forest and attracts a worldwide popularity among healers and natural medicine practitioners. However, most important is that it has not any adverse effects and is not toxic, as results from many clinical studies and from longtime experience of herbal medicine.

The following study was kindly sent to us by Mr. Lopéz Vinatey, M.Sc, Ph.D., Brazilian phytochemist and our partner:

We researched „in vitro” the effect of water extract of Phyllanthus niruri L. on the CaOx model of renal cell crystals Madin-Darby. The extract virtually and efficiently supported – without dependence on the concentration – inhibitory effect of sedimentation of the CaOx crystals. This ability was manifested in very high (pathological) concentrations of CaOx without establishing inductions of toxic effects of P.niruri L. Biochemical analyses of the cultures containing P.niruri L. provided no trace for illumination of the way how this natural product attacks pathological cellular processes. Though further studies are inevitable for better understanding of the effect of P.niruri L. on urolithiasis, our findings showed that this natural product can serve as an attractive alternative for the treatment of renal gravel.

Contra-indications: are not mentioned.

Adverse effects: are not mentioned

For all above mentioned ailments the whole above-ground part of the plant is used. Make infusion of 5 grams in one litre of water, drink a cup 3 times a day.

Here you can find out more information on the pages about standard preparations of herbs.